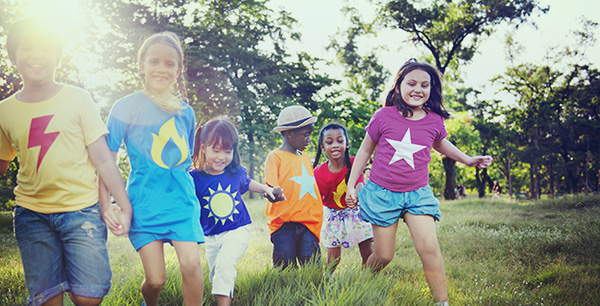 How do kids and teenagers use their leisure time on digital and media activities?

For as long as younger children have limited access to mobile digital devices and are subject to greater parental supervision or password controlled access, they are the most likely of all age groups, as a regular pattern of behavior, to consume media contentwithin a single designated period of time, regardless of the type of content or the device it’s watched on. 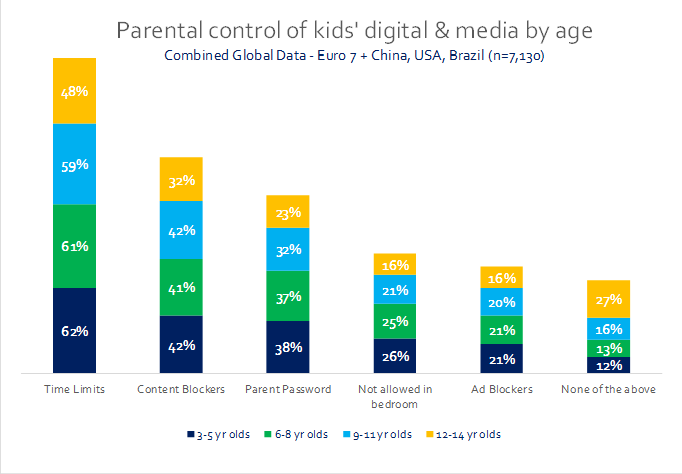 A higher proportion (61% worldwide) of millennial parent homes, those with younger, pre-school children, watch YouTube, more than in the homes of tweens and teens. As a result, as many 3-5 year olds watch YouTube as teenagers but with greater supervision and more “portion control”.

By age 10, kids are fragmenting their media consumption over several short periods throughout the day, using the ubiquitously handy mobile device, phone or tablet.

By the time they reach teenage years, the presence of digital media in whatever form is constant. One in ten parents tell us that their teenager is constantly interacting with media, throughout the day and in every moment when they are not at school or organized activities. 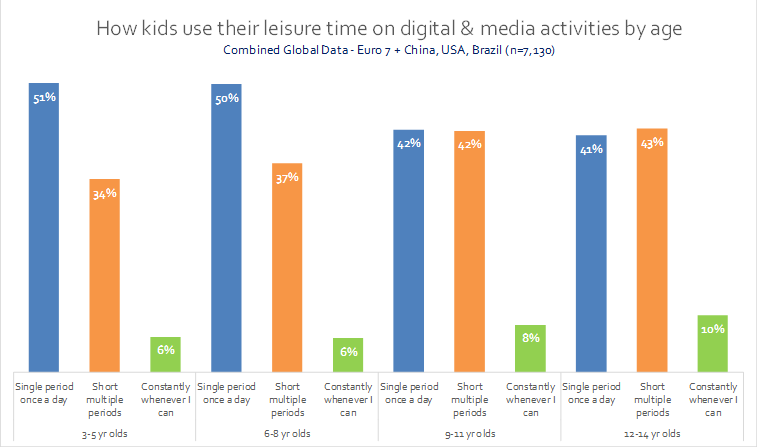 Teenagers, with their constant interaction with digital media, also multi-task most across multiple digital devices. Younger children are less willing and less able to divide their attention across multiple forms of entertainment, preferring instead to exclusively “attend” to the cartoon content they are watching on a tablet or TV, with all their cognitive skills, auditory and visual senses engaged in being entertained and understanding the story animated on screen in front of them.

To find out more about the reports and how to subscribe, enter your email address in the contact form, click submit, and someone will get back to you very soon.

A chance to meet.

We're frequently at exhibitions, either as expert speakers or visitors, and travel extensively around the world.  Let us know if you would like to arrange to meet and talk through your insight and data needs in person using the message section of the contact form.